“It is through education that we can bring prosperity and peace to Lebanon and the world,” explains Sheikha Intisar Al Sabah, a Lebanese American University (LAU) Board Member and Kuwaiti philanthropist who recently made a significant contribution towards the university’s newly launched Emergency Financial Aid Fund.

Al Sabah is not the only supporter of this critical initiative launched in December following the country’s economic crisis. To date, more than 250 alumni and friends have stepped up to contribute towards the Emergency Financial Aid Fund. Aimed at providing urgent support to vulnerable students struggling to pay their tuition -- which is upwards of 60 percent of LAU’s student population -- the fund has had considerable traction.

In fact, supporters of the emergency fund, combined with the university’s ever-increasing tightening of its budget, have allowed the university to help all 63 percent of LAU students in need this Spring semester, alleviating their fear of having to drop out.

Remarking on the university’s efforts to carry out a number of budget-tightening actions, Peter Tanous, Chairman of LAU’s Board of Trustees says, “LAU’s administration has worked miracles to ensure the continued delivery of our academic mission in the face of enormous operational challenges and an economic crisis.”

Still, though, more support is needed from the university’s greater community to ensure that students in critical financial circumstances have the resources to stay enrolled for future semesters.

“Education is a ray of light in what seems to be our dark night,” says President Jabbra, who has made a public plea to the university’s community to join in and support its young scholars in need.

If the initiative’s first three months is any indicator, there is still hope for Lebanon’s future leaders. Thus far, the fund has raised nearly 40 percent of its target, many of which has come from first-time donors to the institution.

Highlighting the unwavering commitment of LAU’s alumni donors, Makram Malaeb, who is among the 38 percent of first-time donors who contributed to the emergency fund, states, “We owe LAU to our last breath for making us what we are today.”

Adding to this, Mohamad Charife, also a donor to the fund, calls on alumni to support students in their time of great need. “I would like to encourage my fellow alumni to contribute, and offer others the opportunities we were given at LAU, which have brightened our lives and paved the way for us towards a better tomorrow,” he says. 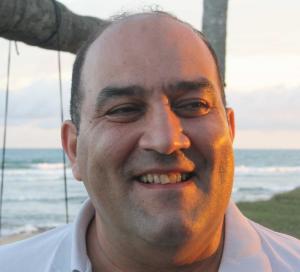