Alumni Chapters Show Support to LAU from around the World

“Alumni chapter committee members play a major role in promoting the true image of LAU in Lebanon and around the world and are considered its ambassadors and extended family,” says Lebanese American University’s (LAU) Assistant Vice President of Alumni Relations, Mr. Abdallah El Khal.  El Khal highlights the vital role that the university’s alumni chapters play in representing the institution globally, and providing important support while doing so.

Chapters’ strong response to LAU’s call for backing comes at an important time, when the country’s dire economic state has had detrimental impacts on students’ abilities to pay tuition. There is a rapidly increasing need for support of LAU’s most vulnerable students, amounting to almost 70% of the student body today.

In fact, since LAU President Joseph G. Jabbra launched the LAU Emergency Financial Aid Fund in December, the LAU community has witnessed a wave of support from its valued family of donors, including its alumni chapters around the world.

“Currently enrolled students are facing financial hardships due to the deteriorating economic situation. We were heartbroken to hear that so many students are facing these mounting problems and inabilities to pay tuition fees for their coming semesters,” says Hala Jabre, President of the Beirut College for Women (BCW) Alumni Chapter, which recently donated to the institution.

Reflecting on the chapter’s first-time gift to the university, Jabre continues, “The economic situation played a major role in our decision to donate, now, to LAU.” Their donation of $12,950 has now been put to use to help support the university’s emergency fund – helping students continue their studies towards bettering the country’s future as a whole.

All of LAU’s alumni chapters are active supporters of their alma mater. Many offer significant funds towards annual and endowment scholarships – including most recently Amman, Bahrain, and Oman, among many others – while other chapters provide support in non-monetary, but important ways, through coordinating events and rallying support to the institution.

“Our beloved alumni chapters have always played a significant role, however, today, during these trying times, they are giving so many students a lifeline that is making an incredibly positive impact,” says LAU’s Assistant Vice President for Development, Nassib N. Nasr. 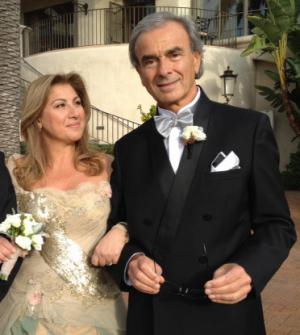