Joe Maroun is a man known for following his passions, however divergent they may be. The former secretary of LAU’s Board of Trustees was an airline pilot before his love of Lebanese bread led him to establish his own bakery products company in California. By the time he sold the Caravan Trading Company in 2010, it was one of the largest of its kind in the U.S.

Joe and his wife Carmen are dedicated philanthropists. They actively support several charities in Lebanon and in 2005, donated over 100,000 ready-to go emergency meals to survivors of the Southeast Asian Tsunami.

Anan Anabtawi is committed to improving the lives of others.

An investor and venture capitalist, Anabtawi is highly respected as a person who cares deeply about community, development and giving back. He and his wife Taroub are generous supporters of LAU and have a particular interest in the university’s health care initiatives at the Shatila refugee camp.

A veteran banker, Bassil chairs one of Lebanon’s foremost banks, Byblos Bank SAL, and is president of the Association of Banks in Lebanon.

"When we attended LAU, the campus was very small and enrollment was only a few hundred. We have great memories because we had very qualified and amazing professors. Most of the friends we made there have remained our close friends. When we look at LAU today, we feel so proud of the successes and improvements that have happened. We thank LAU for all it gave us and which will always remain with us."

“I give to LAU for two simple reasons: Firstly, I have a great love for the university that gave me the education, knowledge, and the tools to succeed in my field. Secondly, I continue to be drawn in by the excellence that LAU provides in so many fields.”

“The reason that I give to LAU is to enable it to continue its priceless contribution to the education of Lebanese students to students from around the world.  Apart from the valuable education that I received there, I made friendships that have endured to this day.”

"LAU gave me a great deal, not only in knowledge, skills and competence, but also an understanding of human relations, interpersonal skills, outreach and networking. The least I can do is give back.” 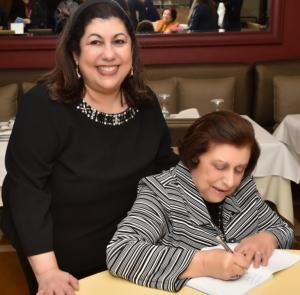