Researching youth and the Arab Spring

Three years on, the malaise among Arab youth is yet to be remedied. Recognizing that efforts must be made to better understand the needs of young Arabs, three LAU professors have teamed up with 14 international institutions to research the matter.

Dr. Ghassan Dibeh, Dr. Walid Marrouch and Dr. Ali Fakih, all professors in the Department of Economics in the School of Business, are part of “Sahwa: Researching Arab Mediterranean Youth: Towards a New Social Contract”, an interdisciplinary project funded by the European Commission and coordinated by the Barcelona Center for International Affairs. Together with researchers from Arab and European institutions, they will spend the next three years probing issues of particular relevance to young Arabs, such as education, migration, innovation and entrepreneurship, as well as political and economic participation. The kick-off meeting for the project was held in Barcelona in January 2014.

Researchers will meet in Rabat in June and are expected to publish regular policy or research papers on the various themes. In addition, handbooks on innovation and entrepreneurship, workshops and surveys will be produced. The group will also convene at workshops and dissemination events in Brussels, Tunis, Cairo, Barcelona and Beirut.

“Arab youth were an integral part of the revolutions but the political processes that were subsequently established have not included them,” said Dibeh, who is also editor of the Review of Middle Eastern Economics and Finance, published by De Gruyter and sponsored by LAU. “As a result, youth migration has increased post-Arab Spring and key economic grievances, such as job creation, have not been addressed.”

Indeed, in a region where around 70 percent of the population is under 30 years old, shocking numbers of young people are struggling to find decent work or being forced to work in the informal economy, accepting poor working conditions. The Arab world has 25 percent youth unemployment, the highest figure in the world. Like Bouazizi, “many people are finding jobs in the informal sector or are self-employed but their incomes are very low and their situations not secure,” said Dibeh. “Although the informal economy is a cushion for unemployment, many perceive it to be very destructive to the economy in the long-term. The basic questions of job creation, productive work and economic dislocation must be scrutinized.”

Gender and cultural norms will also be central topics of research, added Dibeh, noting that Arab women’s participation in the workforce is the lowest in the world.

Despite the gloomy statistics, Dibeh is optimistic there are still opportunities for positive change. “Three years after the revolution, I believe the Arab world has moved forward. There have been some steps forward for young people, such as in Tunisia, where major efforts toward inclusion have been made. The youth will have a major say in who takes power in the Arab world and building a project for the future.” Sahwa’s findings should help contribute to that project. 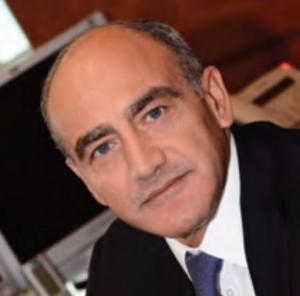