A Passionate Heart Surgeon in the Making

Accidentally witnessing an open-heart surgery could have been a horrifying experience for many young children, but for Yves Najem Mrad, it was a pivotal moment. Today, more than a decade after visiting his grandfather for his routine chemotherapy treatment, and unintentionally seeing an invasive heart operation, Mrad is now a Med 1 student at the Lebanese American University (LAU), and one step closer to becoming a doctor.

“Fortunately, such a mistake initiated a driving force in my heart to become a heart surgeon,” says Mrad, who completed his Biology degree from the institution in spring 2019.

That driving force led him to where he is today, a thriving medical student who expects to graduate from LAU in 2023 with his MD degree. Following his successful tenure at LAU as an undergraduate where he was part of the Honor’s Program, graduated with high distinction, and received the institution’s prestigious President’s Award, he is well on his way to being the surgeon he has dreamed of becoming. Mrad says, though, that his achievements would not have been possible without the generosity of LAU’s donors and the help of financial aid he has received at LAU.

“I received different types of scholarships and awards at LAU. Based on those scholarships and the high education offered, one cannot resist to become a ‘Leader of Tomorrow’ as a result of attending the university,” explains Mrad, who has full intention to be a leader of tomorrow by pursuing his residency abroad and later becoming a surgeon at LAU Medical Center – Rizk Hospital who saves people’s lives.

Medicine is not Mrad’s only passion. In addition to being an active student on campus -- which includes club involvement as well as medical workshop and seminar participation -- he makes time to hone his talent as a pianist and swimmer.

“My life-term goals are inspired by the LAU motto: to strive, to seek, to find, and not to yield. Based on this motto, I want to be a healthy leader, fully-pledged heart surgeon while still being a musician and athlete,” explains Mrad.

Always seeking to form the whole person, LAU has played an instrumental role in supporting Mrad with his interests.

“LAU has always worked in developing my artistic identity by choosing me as the pianist in most events, from the medical school graduation ceremony to the weekly performances,” says Mrad, who even performed at his own graduation, which he considers a truly memorable moment.

Similarly, Mrad’s athletic ability has been encouraged. “As a Lebanese swimmer and water polo player since childhood, LAU always insisted not only on maintaining my training, but also on surpassing my limits in international swimming competitions that I have won,” he says.

Mrad, like so many other qualified and driven young students at LAU, is able to pursue his dream of becoming a doctor thanks to the help of student financial aid support. Both merit and needs-based financial aid are vital elements of LAU’s mission, and help the university deliver its promise of academic excellence to all who seek it. Especially in these trying times, LAU, with the continued help of its generous network of backers, is committed to supporting its most passionate scholars, like Mrad, on their paths to success. 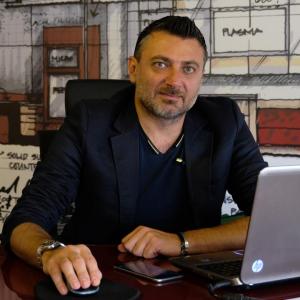