LAU takes theater production outside Beirut thanks to embassy support

“Theater is very powerful for intercultural dialogue,” said Edoardo Crisafulli, Director of the Italian Cultural Institute, an organization affiliated with the Italian Embassy in Lebanon.

In fact, it was this idea that led to the institute’s recent sponsorship of LAU’s Can’t Pay? Won’t Pay! play which was performed in Tripoli and Nabatieh. The performances were made available one night in each city during April, with free admission to all.

Stressing the importance of taking arts outside of the city, Lina Abyad, the play’s Director and Associate Professor of Theater at LAU said, “In Beirut we have an abundance of cultural events, yet in Tripoli there are very few, and even fewer, if any, in Nabatieh.”

With more than 200 coming out to see the play in Tripoli, and around 100 attendees in Nabatieh, the play was unexpectedly met with enthusiasm, and a great deal of curiosity. Many audience members even stayed after the performance to have in depth discussions with the actors, staff, and to explore the stage.

“I went in with expectations that the play may not be well received because of the underlying feminist message, but I was proven wrong,” said Mohamed Shour, an LAU multimedia journalism undergraduate student, who was the sound operator for the play. “It is always a journey to see how the reception is in different places, but both shows outside Beirut were absolutely marvelous -- the crowds were amazing, and the critics were generally positive,” he added.

“I was very moved,” said Abyad who felt the performance stood as a cultural resistance in Nabatieh, where the arts tend to be underappreciated.

Aiming to achieve the sponsor’s mission to encourage intercultural exchange, Abyad chose a play written by Italian playwright Dario Fo, who is also a Nobel laureate. Fo’s Can't Pay? Won't Pay! (Non Si Paga! Non Si Paga!) is a witty play with a political and social message that transcends cultures - especially given its adaptation and translation to the Arabic language.

“The play is essentially about Lebanese citizens, and translates to our situation in the country, leaving a huge, yet positive impact on both Tripoli and Nabatieh,” said LAU TV/ film undergraduate student Rachid Hneineh, who was the props manager and sound operator during the two performances.

Taking theater productions outside Beirut is very costly, involving theater rental fees, and the logistical expenses that come along with it. Expressing appreciation for the opportunity to take a play off campus, Abyad said, “Receiving sponsorship from the Italian Cultural Institute is valuable to the arts, great for cultural exposure, and extremely beneficial for LAU and its students who gets to share their work with the greater community of Lebanon.”

“We are grateful for such a powerful collaboration, and look forward to many more so that we can expose new cultures, ideas, and messages to communities who are most in need of the arts,” said Suha Abou Rialy, LAU Associate Director of Development who initiated the play’s sponsorship. 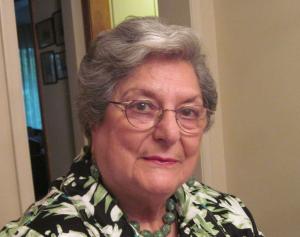